Millennials Value “Made In USA” 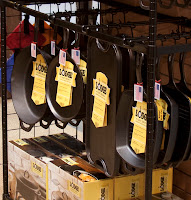 This past Tuesday at the annual Industry Breakfast at the International Home and Housewares Show in Chicago, Jon Huntsman, former Presidential candidate, Governor of Utah and Ambassador to China, spoke on a range of topics including his vision of the future for the US and this country’s position relative to China. He believes “the US is on the cusp of a manufacturing renaissance” and that China is poised for some major economic and political challenges over the next decade. He bases his belief not only on his extensive knowledge of Chinese culture and the situation throughout Asia, but also on his committee work with US companies such as Ford and Caterpillar. He stated emphatically, “You should see what these companies are doing!”

At AIM, we have also seen an increasing number of our US clients and friends in the home furnishings industry turn homeward for manufacturing after years of offshore sourcing. A few never left and some are just sourcing parts or assembling in this country. A lot of companies were prominently displaying “Made In The USA” in their booths and on their products at the Show. One company, Lodge cast iron cookware (pictured above), had even developed unique and attractive elastic hang tags similar to those you might see in the produce section of the grocery store. Lodge calls these hang tags “elastiFLAGS” and proudly told us that they are producing at full capacity at their Tennessee plant.

We, at AIM, applaud American companies who are producing and assembling products in the US. In our research over the past year, AIM has found that “Made In USA” increasingly resonates with consumers of all ages and is especially valued by Millennials. It means “jobs for American workers” to 73% of Millennials, who as a generation were hit especially hard by the Recession. It also means “high quality” to 53% of Millennails and “high price” to only 20%. Millennials understand “flat world production,” wherein manufacturers seek out products and parts from wherever in the world can produce it most efficiently and cost-effectively, yet they are willing to pay more for something if it means jobs for themselves and their neighbors. “Made or assembled in the USA” is more important to Millennials than “getting the best price,” scoring 56% versus 41%. – Robin Albing, Founder, Albing International Marketing