My New Friend In Shanghai 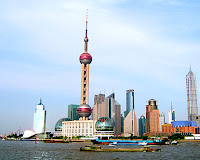 Last week, as part of the conference about young people in China, I personally met a number of Chinese Millennials. One of my new friends is Lawrence, who is 23 and a graduate student in Design. Along with three other students, three young professionals, and a German (Boomer) designer, we spent the greater part of an afternoon working on our assignment of “designing a new product.” I was the “mature” professional of the group, but these young people never treated me as like “old person.” They were very bright and really made me feel like tech dinosaur.

Lawrence studied engineering as an undergraduate and was the only guy in our group. We had a lot of fun together and he may be contributing to our blog in the future. I was especially intrigued by Lawrence because I have a 23 year old Millennial son myself. Here are a few of Lawrence’s insights: